Google+ Is Being Closed Down - What It Means For Google Search?

After 7 years of rather unsuccessful run, Google+ will be closed down. Google has said that it is closing the social media platform because of two major reasons - lack of use and issues related with security. The move came after a privacy bug was disclosed recently.  Webclick Digital Pvt. Ltd., being a leading Digital Marketing Agency In Delhi, want to go down the memory lane to remind you how this social media platform affected Google searches and what will happen after it is pulled down. Let’s go over some major events in Google+’s history: 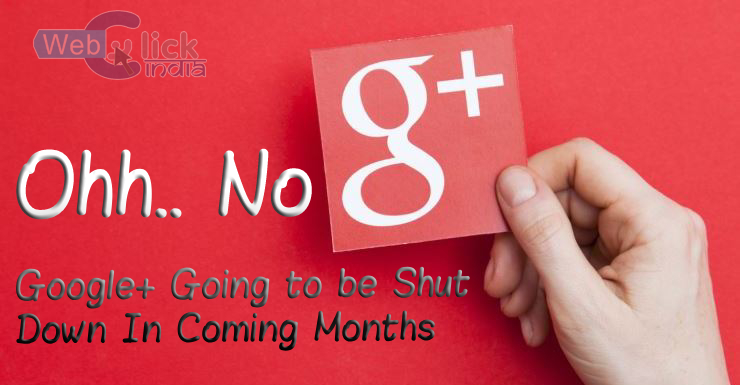 Google tried many things and many efforts were made to boost the popularity of Google+. It became so serious that people started accusing the giant of showing great bias towards its own content and crowded the competitors in a limited space. But all of it was of no use as the social media platform never flourished. In the last few years, Google+ have largely been ignored on all platforms and in a way, the announcement was expected. The service will go down over a 10-month period and will shut down completely by the end of next August.